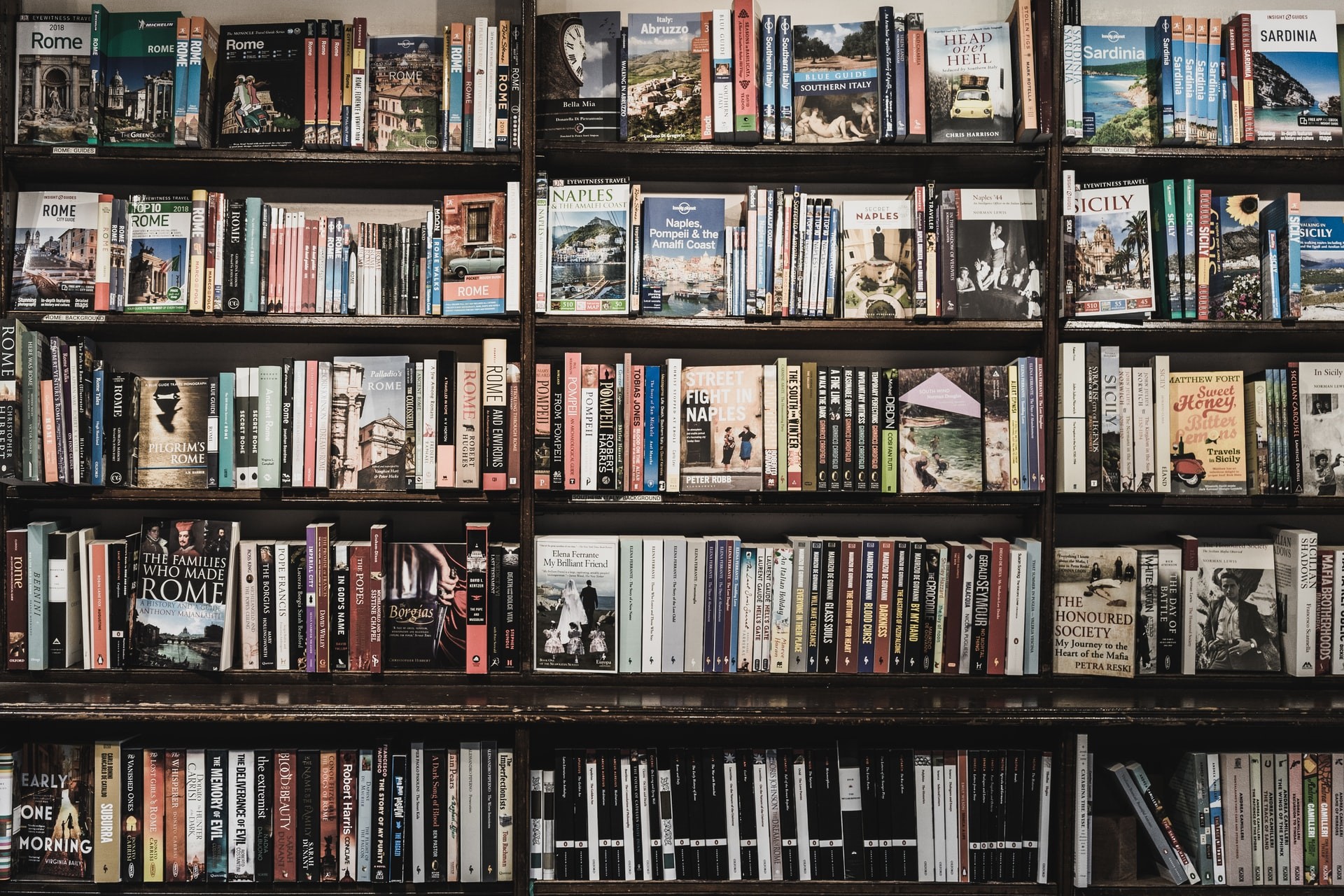 Since the advent of languages, translation and translators existed to bridge communication between groups with different languages.

Throughout history, translation played an indispensible role  in the course of human exchange and communication.

In modern times, LANGUAGE TRANSLATION, is made available by translators. Proficient translators have good command of more than one language, understand the cultural context and elements of the language and can pick up even subtle nuances, apart from having domain knowledge of certain fields. 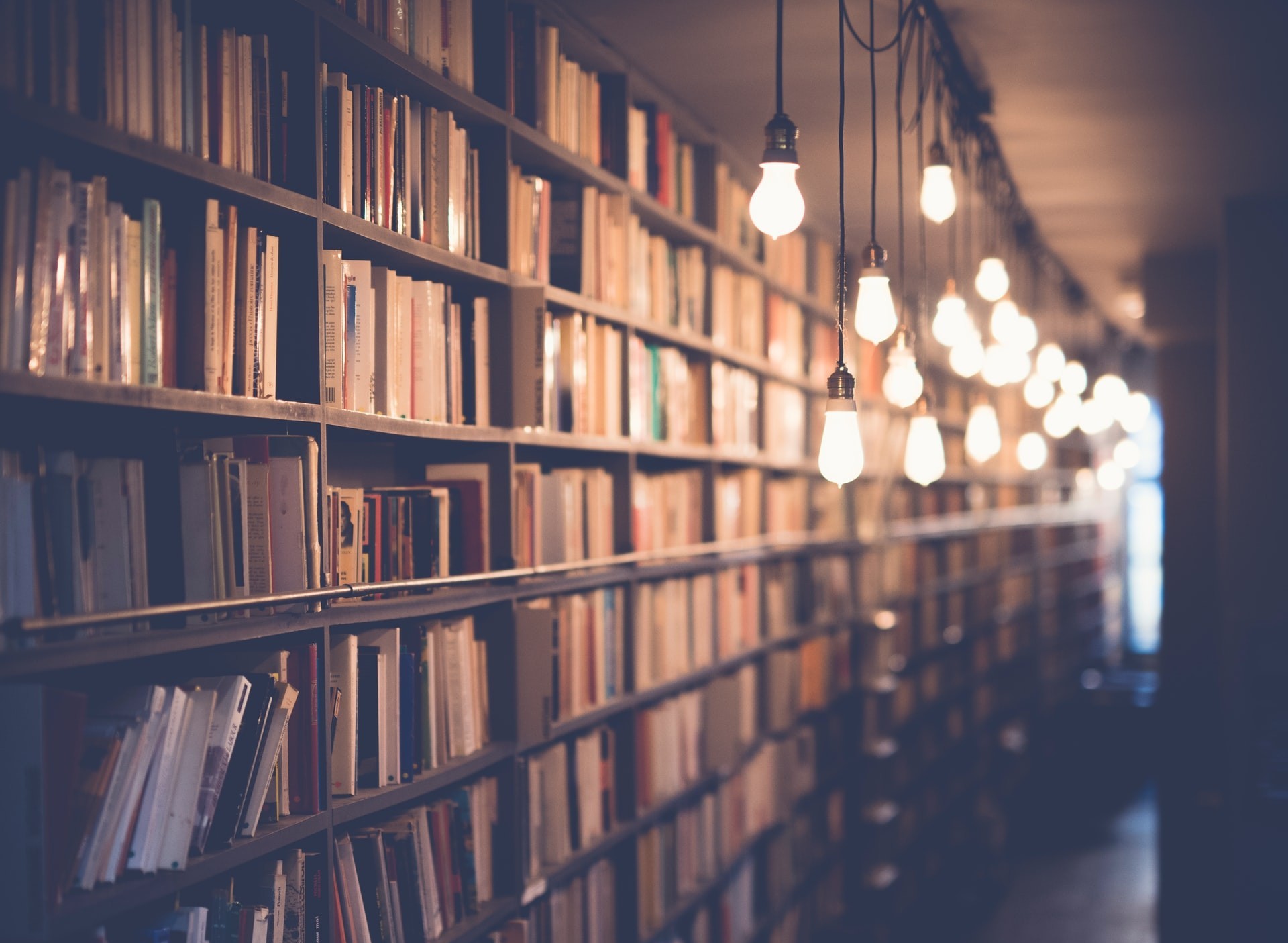 There are many delivery Occasions for Language translation SCENARIOs which are categorised generally according to the delivery purpose of the translation and its relevant industry and some of these live translation scenarios may require corresponding translator's domain knowledge for optimal outcomes.

Each scenario type may have their respective characteristics according to its purpose and may call for the heightened use of certain translator skills or aspects of translation. A skillful and experienced live translator can deploy the most effective style and skills for the general  and specific purposes of that scenario, assisting the client to achieve optimal outcomes. .

InterXcess™ is pleased to have a core team of skillful and experienced language translators who delivers the following types of translation:. 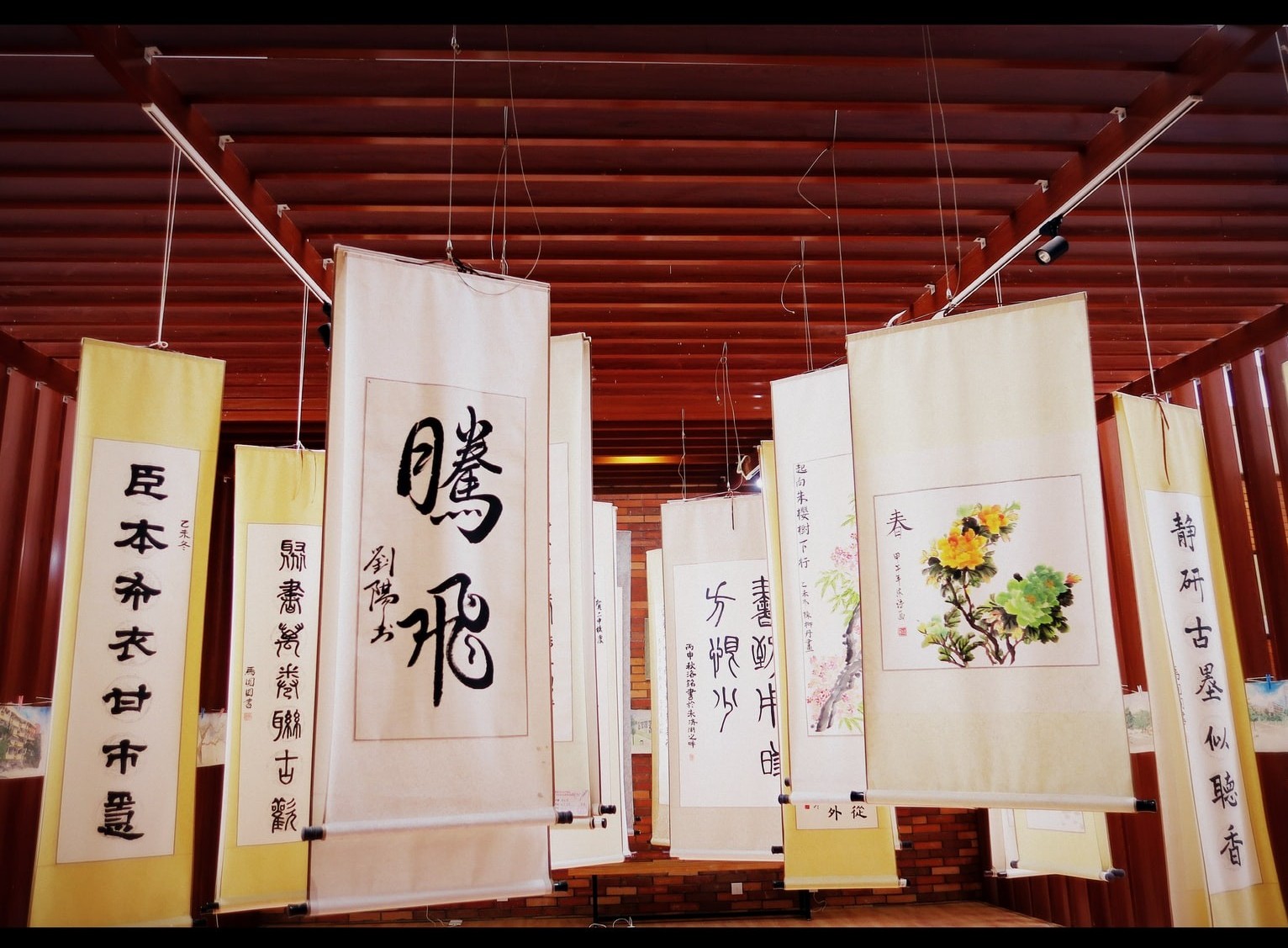 TRANSLATORS FOR CHINESE TO ENGLIGH

The Chinese language (nomenclature - simplified Chinese: 汉语; traditional Chinese: 漢語; pinyin: Hànyǔ or also 中文; Zhōngwén, especially for the written language) belongs to the Sinitic branch of Sino-Tibetan langauges, and is spoken by some 1.2 billion people, making it possibly the most used language in the world, even though its also considered one of the hardest languages to learn. [Contents COPYRIGHT© InterXcess™]

Mandarin derived from Chinese spoken in and around Beijing and in Northern China forms Standard Chinese, readily understood in most parts of China. Other countries or territories that uses the Chinese language includes Taiwan, Hong Kong and Macau. The Chinese language comprises the traditional Chinese script and the simplified Chinese script (most commonly used in China). [Contents COPYRIGHT© InterXcess™]

The Chinese language writing system or orthography is based exclusively on lolograms or Chinese characters. These characters over history have influenced other languages including the Japanese language which uses these characters as Kanji in some 35% or more of their written words, and the Korean language, which has vocabulary taken from Chinese even though they are rendered in hangul script.
[Contents COPYRIGHT© InterXcess™]

InterXcess™ is pleased to have a core team of Professional Chinese Translators, expertly bilingual and some are accomplished in their own rights in their respective fields and domains, allowing these translators to offer better outcomes for translation related to these fields. Years of experience in translation have set them apart to translate documents to the highest standards and according to the purpose of the translation, ultimately to achieve the business goals of the translation. 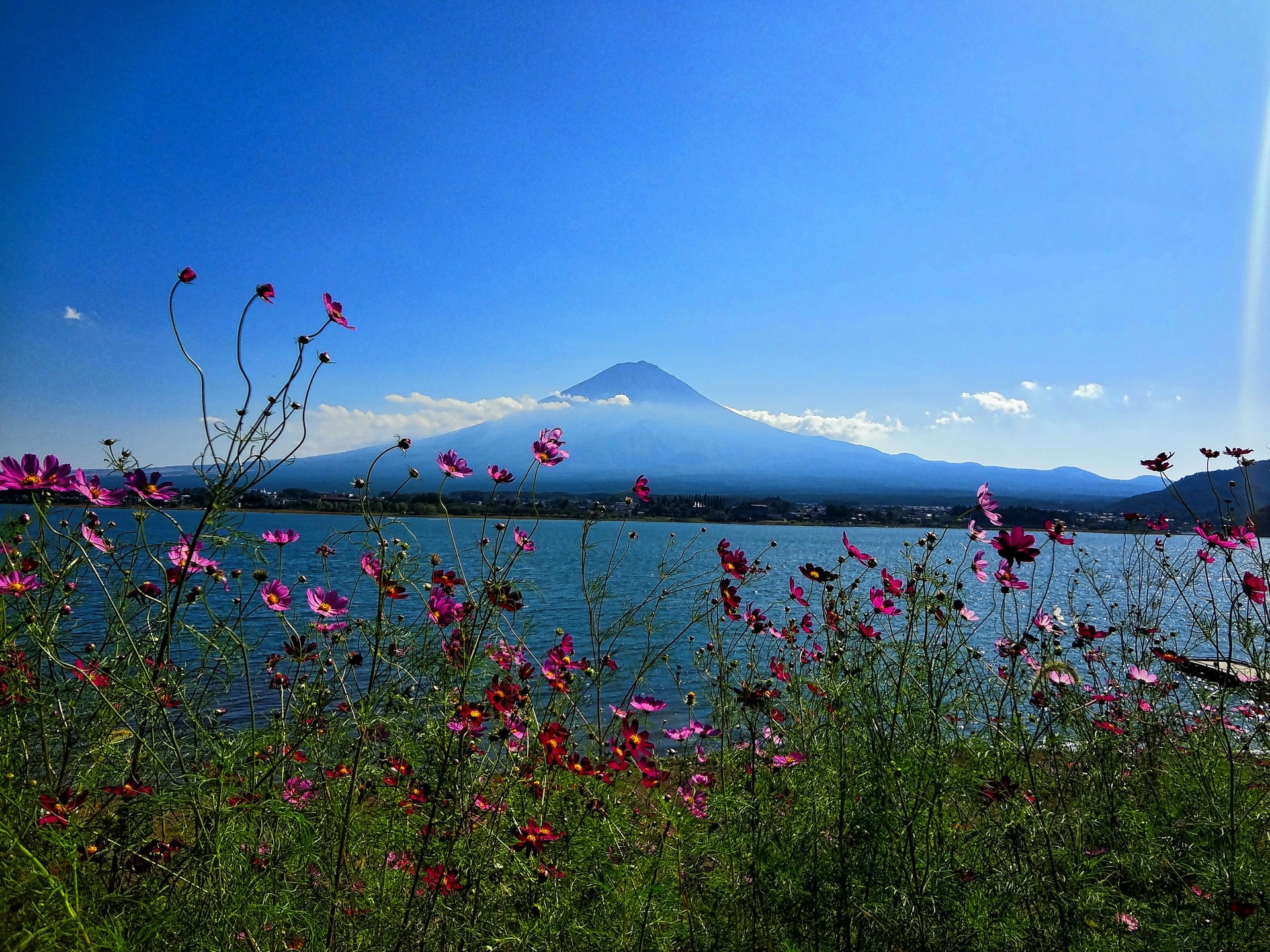 TRANSLATORS FOR JAPANESE TO ENGLISH

The Japanese language (日本語, Nihongo [ɲihoŋɡo]) belongs to the family of Japanese-Ryukyuan (Japonic) language family and is an elegant and yet complex lanugage. Its grammatical similarity with Korean is often thought to link it to the same origins, although this is disputed at least by a minority of scholars. The language is popularly used by some 128.7  million people world-wide, but predominantly in Japan.
[Contents COPYRIGHT© InterXcess™]

Reflecting a highly hierarchical societal structure that Japan has become over the ages, based on context and situation, a different level of fomality in langauge expression may be deployed in what is known as "Respect Language". The complexity of such "Respect Language" in their most authentic manifestation sometimes even baffles native Japanese.
[Contents COPYRIGHT© InterXcess™]

A highly skilled Japanese translator not only possesses a good command of the language, but also has an in-depth understanding of Japanese cultural norms, customs and popular practices.

To the surprise of many people, three writing script types are used in the Japanese language -  Kanji characters originating from China, and indigeneous Hiragana and Katakana partially derived from the Kanji - lending to the complexity of the language, and testifying to the great influence that Japan has received from the region over the course of history despite being known paradoxically as a closed society for a long time. Katakana is often used to simulate foreign words wholesale, thus lending a inexplicable dimension of flexibility to the Japanese language often unfound in other languages.
[Contents COPYRIGHT© InterXcess™]

Certain Japanese vocabulary or characters have the same pronounciation, as spelled out using Hiragana, but they could mean very different things. To differentiate them, they are sometimes written in different Kanji's, and they may have different intonation despite the same syllabus, a subtlety which helps the Japanese native differentiate them.
[Contents COPYRIGHT© InterXcess™]

Together with different dialects and accents used in different regions of Japan, with obvious differences between Eastern Japan where Tokyo, the modern-day capital is, and Western Japan or Kansai where the ancient capital Kyoto has been, add further complexity to the work of a Japanese translator.
[Contents COPYRIGHT© InterXcess™]

Most of our professional Japanese translators  hold Japanese language certification, or are either native Japanese or have lived and worked in Japan for a number of years so that they achieve native-equivalent level language competency.

They are also highly proficient in spoken and written English, and are thus able to provide accurate and context-sensitve two-way English to Japanese and Japanese to English translation to ensure optimal communication between you and your Japanese clients and business associates, helping you to achieve your desired outcomes and objectives. 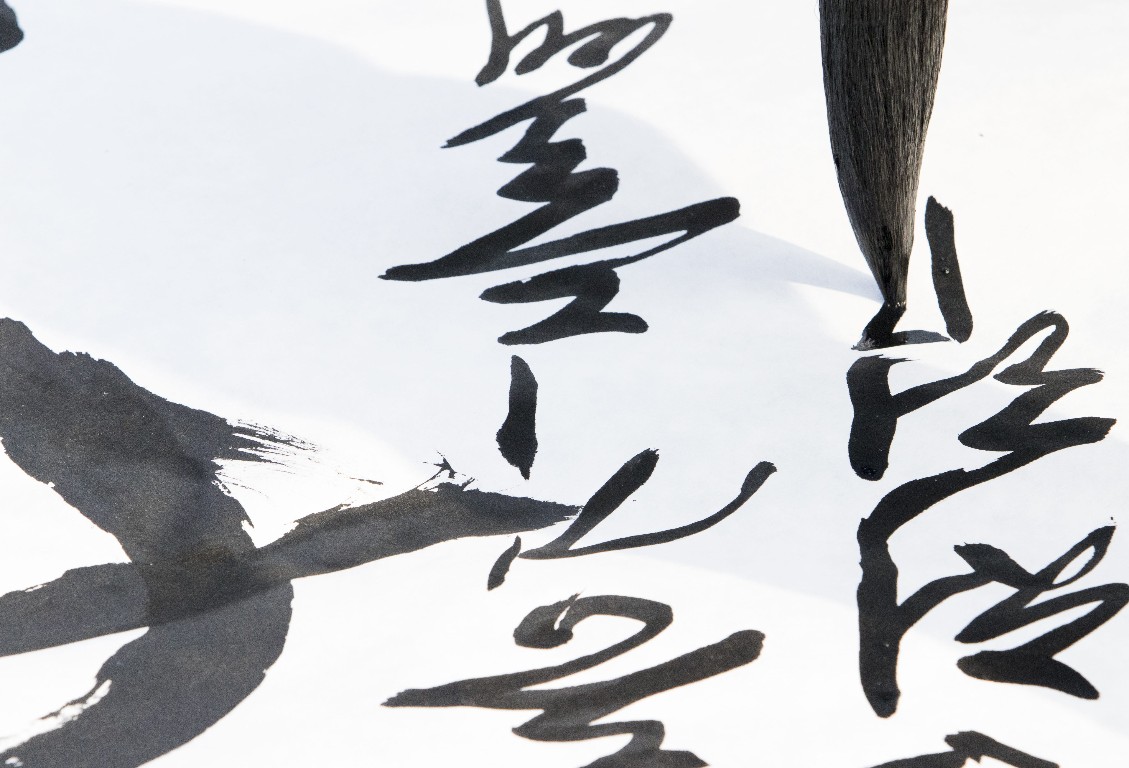 TRANSLATORS FOR KOREAN TO        ENGLISH

The Korean language (South Korean: 한국어/韓國語, hangugeo; North Korean: 조선말/朝鮮말, chosŏnmal) belongs to the family of Koreanic languages and is used predominantly by some 77 million people in the world, but mainly in South Korea and North Korea. [Contents COPYRIGHT© InterXcess™]

Modern-day Korea (South Korea), now famous for its K-Pop, K-Drama and spicy Korean Food, is also an economic powerhouse and a leader in innovation and technology, being the home to internationally renown brands such as Samsung and LG.

In the Korean language, a lot of vocabulary in Korean were historically from China, and many have similarity in pronunciation with its Chinese origins, some following vaguely the original dialect pronunciation. The Koreans have since limited the use of Chinese characters in mainstream language (except in names and proper nouns), reportedly to reduce foreign influence, and the Korean language is expressed in an indigeneous script invented by a 15th century king known as King Sejong the Great - The Korean writing system known as Hangul consists of 24 basic letters with 14 consonant letters and 10 vowel letters.  There are also 2 number systems used: -  the Native Korean and the Sino-Korean - sometimes interchangeably, and in some other context, one exclusive from the other. Each number system has its own unquie way of writing and pronunciation.
[Contents COPYRIGHT© InterXcess™]

Due to its intricacies, the unique Korean language is considered among language isolates and is considered difficult to learn. Like the Japanese language, which is sometimes considered to have similar origins, there are different levels of formalities, with different variations of words to be used depending on who you are speaking to. An inappropriate use of words may be deemed as an insult to the person being addressed.
[Contents COPYRIGHT© InterXcess™]

In view of such subtlety and complexity of the Korean language, you will require a Korean translator who is a native speaker or have lived and worked in Korea for many years so that he or she is throughly familiar with the Korean cultural context especially in the case of some translation.
.

Our team of professional Korean language translators are native speakers or qualified language professionals some of whom have lived and worked in Korea and thus able to help you with excellent two-way English to Korean and Korean to English translation so that you can communicate with confidence with your Korean clients and counterparts and achieve your business goals. 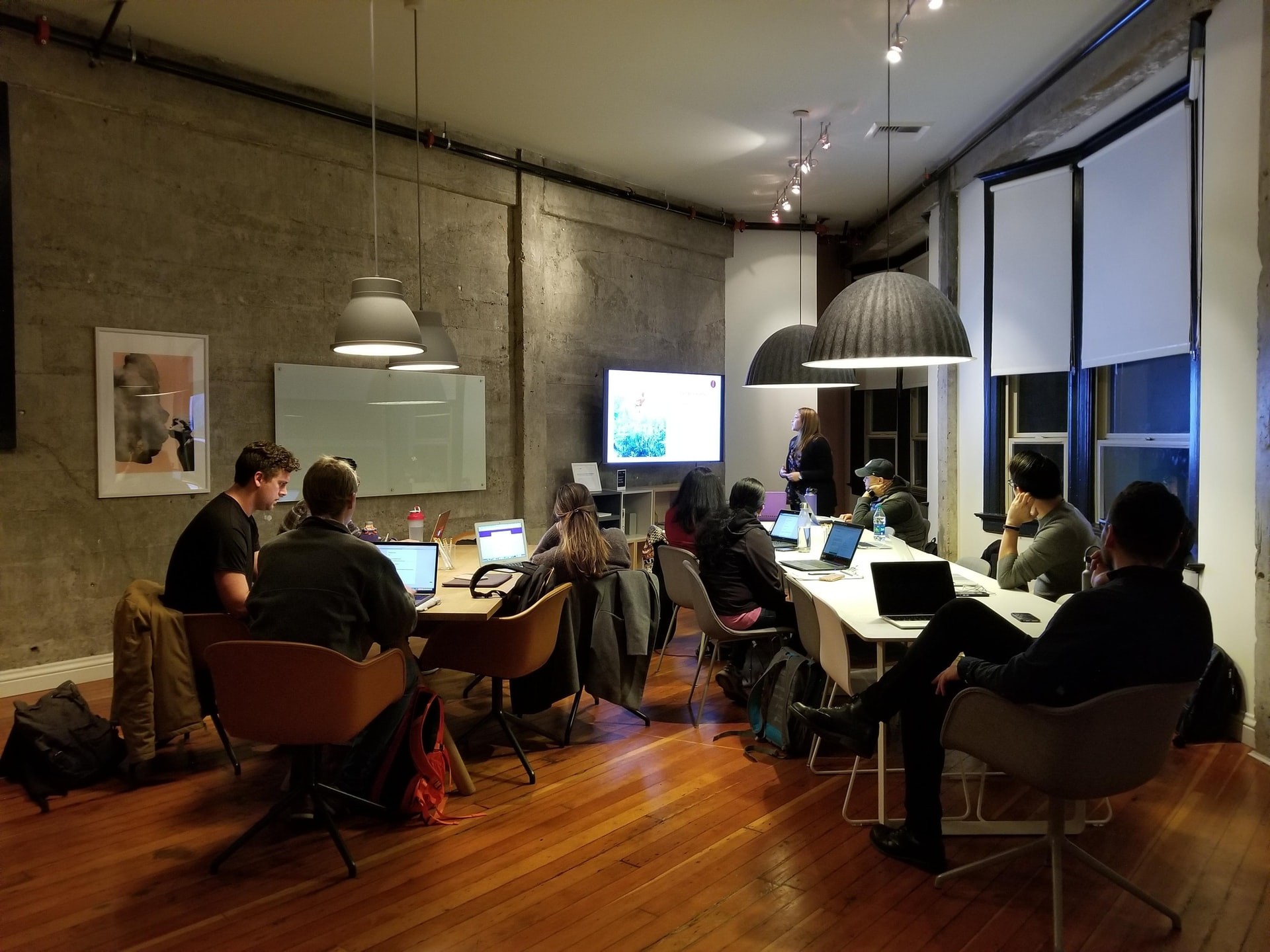 TRANSLATORS FOR EVERY OCCASION

InterXcess™ is pleased to have a core team of Professional Translators, expertly bilingual or mult-lingual and some are accomplished in their own rights in their respective fields and domains, allowing these translators to offer better outcomes for translation related to these fields.

We focus our skill and experience to achieve the best outcomes in our translation and interpreting delivery. Our success-driven team works hard to keep up with the latest tendencies and innovations to provide contemporary solutions.

Our Core Team of experienced and skillful Professional Interpreters and Translators are committed to delivering translation services that optimally realise the potential and objectives of your events, and ultimately the business outcomes for your organisation.

Choosing the right style of translation delivery to fit the occasion is part of the large range of skills we have acquired through years of experience as professional translators, built upon a foundation of strong language capabiliities and multi-lingualism, made perfect with wide-ranging underlying domain knowledge.

Bridging language and cultures, our interpreter and translator teams realises the value of communication that your organisation deserves.

i want a website like this
Ucraft is committed to preventing phishing, malware and other types of fraud. In case of noticing any actions that violate applicable laws, regulations or third-party rights, please file your report here.
Ucraft is a free website builder that provides web designers, marketers and business owners with a set of web design tools to start their next awesome project in minutes. No coding or designer skills needed. Go to Ucraft